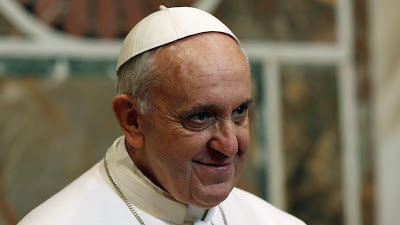 (CNA/EWTN News).  Pope Francis greeted the thousands of people who had gathered this morning in Rome to protest against abortion, praising efforts to secure legal protection for human beings at their earliest stages of life.

“I greet the participants of the March for Life which took place this morning in Rome and invite everyone to stay focused on the important issue of respect for human life, from the moment of conception,” said the Pope at St. Peter’s Basilica.

He addressed the pro-life advocates at Saint Peter’s Square in his comments for the May 12 Regina Caeli prayer. They had gathered in St. Peter’s Square after marching against abortion earlier that day in Rome.

The march began at Rome’s Colosseum and ended at Castel Sant’Angelo, just a few hundred feet from the Vatican.

“I am pleased to recall the petition that today takes place in many Italian parishes, in order to support the initiative European ‘One of Us’ to ensure legal protection to the embryo, protecting every human being from the first moment of its existence,” the Pope said.

He announced that the Vatican will host events dedicated to Pope John Paul II’s 1995 encyclical “Evangelium Vitae” on June 15 and 16. Pope Francis said this occasion would be “a special moment for those who have cared about the defense of the sanctity of human life.”

The Pope made his comments during the Regina Caeli prayer, which followed a Mass he celebrated at Saint Peter’s Square to canonize many new saints.

He canonized Blessed Antonio Primaldo and Companions, hundreds of martyrs who were massacred by Turkish invaders when they refused to give up their faith.

“The martyrs of Otranto help the beloved Italian people to look with hope to the future, trusting in the nearness of God who never abandons, even in difficult times,” said the Pope.

The pontiff also announced that Father Luigi Novarese had been beatified on May 11 in Rome, saying he was “pleased” by it.

Fr. Novarese was the founder of the lay associations the Apostolate of the Suffering and the Silent Workers of the Cross.

“I join in the thanksgiving for this exemplary priest, who was able to renew pastoral care of the sick by making them active participants in the Church,” said Pope Francis.
Posted by Padre Steve at 12:00 PM