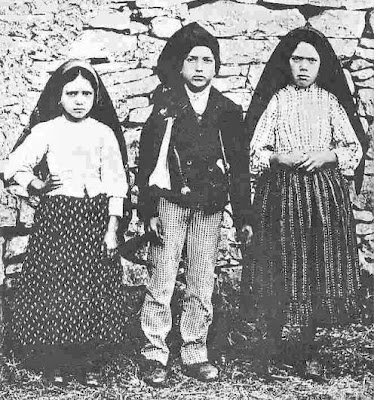 In an interview with L’Osservatore Romano, the prefect emeritus of the Congregation for the Causes of the Saints, Portuguese Cardinal Jose Saraiva Martins, revealed a series of previously unpublished details about the beatification of the shepherd children of Fatima, such as the creation of a commission which concluded that the two children exercised heroic virtues.

Cardinal Martins said the beatification of Jacinta and Francisco Marto, which took place 10 years ago this May, was “a historic event because they were the first children to be raised to the altars who were not martyrs.”

“Before them, it was not, in fact, the practice of the Church to canonize children: it was thought that because of their age, they did not have the capability of practicing Christian virtue to a heroic degree, which is the first condition for beatification. I recall that, in their case, something very interesting was witnessed: thousands of letters from around the world were received in Rome—not only from the faithful but also from bishops and cardinals—that requested the children be beatified,” the cardinal said.

This large number of requests “led to reflection within the Congregation for the Causes of the Saints. John Paul II named a commission of experts—theologians, psychologists, teachers—to study the issue. After a profound study, the conclusion was that children are capable of practicing the Christian virtues, of course in a manner that is possible for them. Thanks to that conclusion, we were able to proceed with the beatification,” he said.

Speaking about the signs of holiness in Jacinta and Francisco, Cardinal Martins underscored that they displayed “profound piety, fervent devotion to the Most Holy Trinity, to the Virgin Mary and to the Eucharist. Regarding their heroism, they were willing to give up their lives rather than lie. They were threatened, in fact, and pressured to say that the visions were false, but they did not yield to the pressure.”

Referring to the beatification process of Sister Lucia, the third seer who died several years ago, Cardinal Martins said it is still in the diocesan phase, after the five-year waiting period for opening the cause was waived.

Cardinal Martins also noted that regarding the investigation of miracles in the beatification process, in order for a miracle to be recognized as such, the cure must be “instantaneous, complete and lasting. If doctors conclude there is no scientific explanation, the documents are then sent to the theologians. They must then determine if there is any link between the cure and the prayer of intercession before God by the candidate for beatification.”

“It’s the theologians, not the doctors, who can then speak of miracles. Their conclusions are later sent to the cardinals for study and eventual approval."

Then, he continued, the Pope "is the one who ultimately has the last word: the miracle is approved and everything is ready for the beatification."
Posted by Padre Steve at 11:00 AM