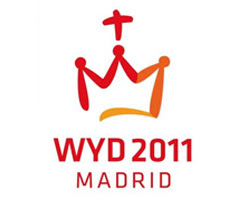 The organizers for World Youth Day 2011 have released the list of the patron saints for the event, which “encompasses the history of the Church in Spain, from the first saints of Madrid.”

“The list of the patrons encompasses the history of the Church in Spain, from the first saints of Madrid (St. Isidore and St. Maria), through the founders of the Discalced Carmelites and the Society of Jesus (St. Teresa and St. Ignatius), a great missionary to the East (St. Francis Xavier), the summit of mystic literature (St. John of the Cross), the force behind diocesan priestly spirituality (St. John of Avila), the first saint of Hispanic America (St. Rose of Lima), and a young person from our times (St. Rafael Arnaiz), who was recently canonized,” the statement said.

“All of these saints are of Spanish origin, in order to root WYD in the culture of the host country, as was done at WYD in Cologne, where the saints chosen were related to the Christian history of Germany,” organizers explained.

They also announced the Holy See has confirmed the choice of Cibeles Square, one of Madrid’s most renowned locations, as the place where Pope Benedict XVI will be welcomed by the young people on Thursday, August 18. They added that the vigil and final Mass with the Holy Father will be held at the Cuatro Vientos airfield, where John Paul II met with young people in 2003 during his final visit to the country.
Posted by Padre Steve at 10:47 AM

THANK YOU for posting this! I love your blog!!