Vatican announces dates for beatifications of eight Europeans, one Lebanese 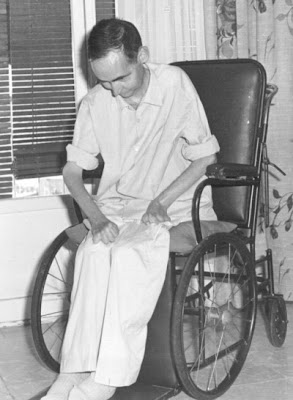 The Holy See has announced the official dates for the upcoming beatifications of nine candidates for sainthood. Three Spaniards, two Italians, a Slovenian, a Romanian, an Austrian and a Lebanese Maronite will be beatified in the next three months. With one exception, each of the ceremonies will take place in the home countries of the future blesseds.

The dates of the beatification ceremonies were released by The Office for the Liturgical Celebrations of the Supreme Pontiff through the Holy See's Press Office on June 8.

Spain will see the beatification of Manuel Lozano Garrido in Linares on June 12. Garrido was a lay journalist who was imprisoned and tortured during the Spanish Revolution. Leopoldo Sanchez Marquez de Alpandeire, a lay Franciscan, will be beatified on September 12 in Granada. Finally, Spain will also witness the beatification of Maria Isabella Salvat y Romero in the city of Seville on September 18. When she became a religious sister, she took the name Mary of the Immaculate Conception. At the time of her death in 1998, she was superior general of the Institute of Sisters of the Company of the Cross.

In Italy, Chiara “Luce” Badano, an Italian girl who gave constant witness to Christ through her involvement in the Focolare movement and through her battle with osteosarcoma, will be beatified on September 25 at the Shrine of Our Lady of Divine Love in Rome. In addition, the foundress of the Congregation of Handmaidens of Blessed Mary Immaculate and of the Institute of the Good Shepherd of Parma, Anna Maria Adorni, will be beatified in Parma on October 3.

Two men who were declared martyrs by Pope Benedict, Lojze Grozde, a Slovenian layman, and Szilard Bogdanffy, a Romanian bishop, will also be beatified in their own countries, on June 13 and October 30, respectively.

Brazil will see the beatification of Barbara of the Blessed Trinity in Porto Alegre, on November 9. Barbara was an Austrian who, after being exiled to Brazil, founded the Sisters of the Immaculate Heart of Mary.

The Maronite monk, Stephen Nehme, who died in Lebanon in 1938, will be beatified on June 27 in Kfifan, Lebanon.