Men of Brave Heart: The Virtue of Courage in the Priestly Life 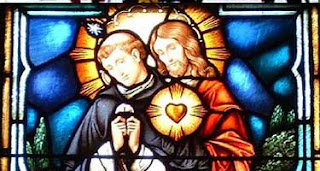 Archbishop Jose Gomez, the Coadjutor Archbishop of Los Angeles, has written a brilliant and inspiring book, “Men of Brave Heart,” about the role of the virtue of courage in the life of priests.

He places his discussion within the context how the virtue of courage was understood in Greek and Roman culture and how that understanding was transformed by the coming of Christianity. He points out that Christianity brought about a new and persuasive approach to virtue training and acquisition.

Seminary professors and moral theologians will appreciate how Archbishop Gomez supplies extensive explanations of the role of the “infused” theological and cardinal virtues as God’s gifts, designed to produce in us the essentials of the life of holiness while at the same time purifying and perfecting the acquired natural virtues.

But this book can be read not only by priests and seminarians and formation directors. It will be helpful for anyone seeking to grow in virtue.

I especially liked the quotes the archbishop selected from St. Thomas Aquinas to support his eight themes about courage. One salient quote is this: “The acquired virtues ready one for civil life, but the infused virtues for a spiritual life, which comes only from grace as a result of the virtuous one’s membership in the Church.”

In general, Archbishop Gomez’ extensive treatment of St. Thomas treats him much more as a spiritual director than as an analytic philosopher or theologian, thereby making the great Church doctor more accessible to his readers.

Archbishop Gomez’s themes range from martyrdom, empowerment by Christ, letting go of fear. He insists that the traditional virtues — the theological virtues of faith, hope, and charity, and the cardinal virtues of prudence, justice, temperance, and fortitude — are the missing links in contemporary Catholic spiritual writings. His book is an urgent call to a return to the virtues. And it is a call he makes to those in families raising their children, in schools forming students, in seminaries forming future priests, and in convents shaping the future women religious of our country.

The popularity of “values” education in our country in recent years has resulted in focusing moral training on the subjective behavior of individuals; in the process, the traditional approach to character development and the development of virtues has been largely lost in the today’s education of the young. Archbishop Gomez links the need for virtues education to the Second Vatican Council’s “universal call to holiness.” And his call comes at a critical moment in the faith formation of our people. In plain language, he explains that there can be no holiness without virtue — and no growth in holiness without the specific virtue of courage.

Archbishop Gomez draws much of his thinking from his doctoral dissertation on courage where he reviewed the thinking of St. Augustine and other Church Fathers, as well as Aquinas. He adds to that academic background a deep understanding of the role of the virtues in the great spiritual writers of Church history. Nonetheless he has found a way to communicate this treasury of teaching in today’s idiom. He includes numerous inspirational stories of martyrs and other brave Catholics in Church history. His account of the “tough priest,” Jesuit Father Walter Cizek, is engaging, tragic and motivating — illustrating the truth that courage is based on radical dependence on God.

To all those who have been drawn to St. Paul’s devotion to the mystery of God’s strength made manifest in human weakness, the archbishop’s chapter on “power made perfect in weakness” will come as a long overdue message. I do not pretend to have lived this ideal, but it is a goal I would invoke the Spirit’s help to reach.

In my opinion, the final chapter is the crown of this book. Seldom in modern times have I read a better summons for the formation of priests and seminarians. His numerous quotes are positive prayer starters, such as the one from Italian Father Didimo Mantiero: “Christ won souls not by the force of his marvelous words, but by the power of his constant prayer.” Then there are the words of Aquinas, “The priest has only two acts, to consecrate the Body and the Blood of Christ and to prepare the people to receive this sacrament.”

In the seminary of days past I was nourished by the writings of the Benedictine Abbot Blessed Columba Marmion, whose tomb I visited at Maredsous, near Belgium, and at whose beatification I was present in 2000. I appreciated the Marmion quote in this book, “Ask the Holy Spirit to enlighten your intelligence and inflame your heart.”

This book tells us of the archbishop’s love of priests and his prayerful advice should be read by as many as possible. I also hope it will be used widely in the formation of seminarians.
Posted by Padre Steve at 3:21 PM