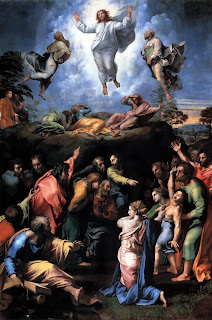 “Art is capable of making visible our need to go beyond what we see and it reveals our thirst for infinite beauty, for God,” the Pope said to over 5,000 pilgrims at his summer residence of Castel Gandolfo, 15 miles to the south of Rome.

“Dear friends, I invite you to be open to beauty and to allow it to move you to prayer and praise of the Lord.”

The Pope explained how this “path of beauty” can be “an open door on the infinite” and is something experienced by all people, not merely by those who regard themselves as cultured.

He observed that when people stand before a sculpture or painting, read a few verses poetry or even listen to a song, everyone has “experienced deep within us an intimate emotion, a sense of joy.” This sensation, he said, is an interior recognition that says that was is being seen or heard is “not only mere matter” but “something bigger, something that speaks, capable of touching the heart, of communicating a message; of elevating the soul,” and leading people, ultimately, to God.

Pope Benedict also noted that there are “artistic expressions that are true paths to God, the supreme Beauty,” and that these works can “help nurture our relationship with Him in prayer. These are works that are born of faith and express faith.”

The Pope then illustrated his point using his own personal experience. He recalled attending a performance of the works of J.S. Bach, conducted by Leonard Bernstein, in Munich.

“After the last piece of music, one of the Cantate, I felt, not by reasoning, but in my heart, that what I heard had conveyed to me truth, something of the truth of the great composer’s faith and this pressed me to praise and thank the Lord.”

The Pope said he was so moved by the experience that the turned to the Lutheran Bishop of Munich sitting next to him and exclaimed, “Hearing this we understand: it is true, true faith is so strong, and the beauty of it irresistibly expresses the presence of God's truth.”

The Pope also described how various artists themselves had observed the same in their own artwork. He recalled how the 20th century expressionist artist, Marc Chagall, once wrote “that for centuries painters have dipped their paintbrush in that colored alphabet that is the Bible.”

This is why forms, colors and light that are “the fruits of the faith of the artist,” such as painting or frescoes, can “direct our thoughts to God and nourish in us the desire to draw from the source of all beauty,” said the Pope.

An anti-clericalist, he had attended Christmas Mass at the Basilica of Notre Dame in Paris in 1886 “in search of arguments against Christians.” Instead, Claudel was instantly converted to Catholicism by the beauty of the basilica choir’s as they sang the Magnifcat. The Pope described this moment as the grace of God working in his heart.

Pope Benedict concluded by inviting everybody “to rediscover the importance of this path for prayer, for our living relationship with God,” pointing out that most towns and cities across the world “preserve works of art that express the faith and remind us of our relationship with God.”

He said that visiting churches, art galleries and museums “is not only an occasion for cultural enrichment” but can also be “a moment of grace, an encouragement to strengthen our relationship and our dialogue with the Lord.”

It is “where we can to stop and contemplate, in the transition from simple external reality to a deeper reality, the ray of beauty that strikes us, that almost wounds us in our inner selves and invites us to rise towards God.”

Appropriately, the Pope’s comments come hours ahead of a classical concert being hosted in his honor at Castel Gandolfo. Various compositions by Cardinal Domenico Bartolucci, the Director of the Sistine Chapel Choir, will be performed by a combination of vocal soloists, choir and orchestra.