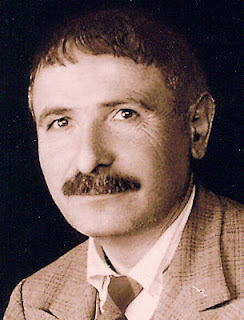 The Producer San Jose has released a video-documentary on the life of the Italian-Argentine Salesian brother, Blessed Artemide Zatti, showing where this 'Good Samaritan' worked, as well as other unique and previously unpublished facts.

Artemide Zatti was born on October 12, 1880 in Boretto, one of the smaller provinces of Italy. In early 1897, he emigrated with his entire family to Argentina, settling in Bahia Blanca. He met the Salesians while assisting in his parish as a sacristan, and there discovered his vocation. Because of health issues, however, he was unable to become a priest. Diagnosed with tuberculosis, he moved to a Salesian-run hospital in San Jose Viedma. There he was consecrated as a layman, and, as if by miracle, he was cured of the disease.
He then devoted himself entirely to the life of the hospital, and eventually became deputy director. He not did not limit his service to patients there though, and became famous by riding his bicycle to visit the sick in their homes.
He spent his entire life working for those most in need and died of cancer in 1951 at the age of 70.

Those who knew him testify to his simplicity and cheerfulness, as a man always ready with a song and a smile on his lips.
Posted by Padre Steve at 5:30 AM