The Church Must Be Present in Today's New Media 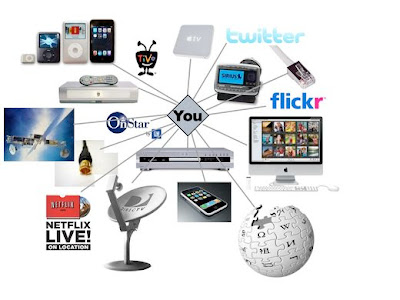 Addressing bishops gathered for the special two-week meeting on the Church’s future in the Middle East, Archbishop Celli said traditional communications methods -- radio, television, and print -- are no longer sufficient for the Church’s mission.

The archbishop called for “a pastoral conversion.” He said the Church must rise to the challenge of finding new ways to communicate the faith.

"We cannot continue to speak in our categories to a population that is increasingly distant from them,” he said. This does not mean, he said, “running after the latest technology.” Instead it means “understanding the categories of the other and using them."

The Church has a "great opportunity" to use new media to evangelize and spread Gospel values, especially among young people, he said.

But communications technologies are more than tools, he cautioned. “We are talking not just about instruments but about a real culture created by a communicative complexity that has never before been seen in history."

Archbishop Celli compared today’s digital landscape to the situation in the early Church in the East, where icons were used to communicate the faith. The iconic traditions of the Eastern Churches created a language through images that reinforced and generated a culture and formed a part of Catholics’ common identity.

In the same way, new digital technology “creates and feeds new languages and ways of thought,” he said. "It pervades mentalities, ways of understanding, ways of learning, topics on which to dialogue."

He called for Church workers to be better trained in the use of new media. Training for seminarians is “urgent,” he said.

In a multimedia context where "words alone are no longer sufficient," he said that "books and the press will not disappear, nor will the simple parish bulletin, but these are no longer enough."

In addition to formation of lay pastoral agents, he said that seminary formation is "urgent." For seminarians, he said, the question is not so much about technology, but in regard to "communication, communion in this rapidly developing culture.

"Without priests - and then without bishops - who understand modern culture, there will still be a communications divide which will not favor the transmission of the faith to the young in the Church."
Posted by Padre Steve at 4:03 PM