Saint of the day: Romuald 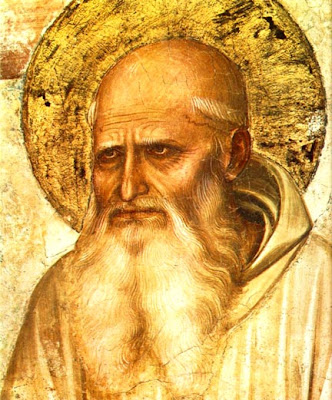 St. Romuald was born at Ravenna about the year 956. In spite of an infinite desire for virtue and sanctity, his early life was wasted in the service of the world and its pleasures. Then one day, obliged by his father, Sergius, to be present at a duel fought by him, he beheld him slay his adversary. The crime made such an impression upon him that he determined to expiate it for forty days, as though it were entirely his own. For this purpose he retired to a Benedictine monastery of St. Apollinare, near Ravenna, where he became Abbot. After founding several monasteries, he laid the foundations of the austere Order of Camaldoli in Tuscany. Like all the saints, he fought a lifelong battle against the assaults of devils and men. In the beginning of his spiritual life he was strongly assailed by numerous temptations, which he conquered by vigilance and prayer. More than one attempt was made on his life, but Divine Providence enabled him to escape from the danger. Like many servants of God, he also became the victim of calumny, which he bore in patience and silence. In his old age, he increased his austerities instead of diminishing them. After a long life of merit, he died in the monastery of Castro, which he founded in Marquisate of Ancona. His death occurred on June 19, about the year 1027. His feast day is June 19th.
Posted by Padre Steve at 11:00 AM