New Media: A re-focus of online efforts in the Church needed? 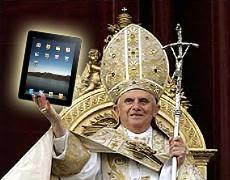 What are the trends regarding Catholicism and the internet? The post by Christopher Kerzich at Fr. Robert Barron's site. The following comes from the Word on Fire blog:

The Center for Applied Research in the Apostolate (CARA) recently published an interesting blog post exploring the question Is Interest in Catholicism falling online? The Georgetown University center explored the frequency that the word “Catholic” was searched from 2004 to 2011 in the United States, United Kingdom and Australia as well as its translated variants in Germany, France, Italy and Brazil. This researche is based primarily on statistics derived from Google Insight, the search engine’s measure for determining the frequency words are searched on the site. Through this research CARA reveals “some new and perhaps disturbing evidence about the intersection (or lack thereof) of faith and new media.” Despite significant search increases around the death of Blessed John Paul II and the election of Pope Benedict XVI there is a downward trend in the term being searched. These statistics lead to a general pattern, “searches for anything Catholic reach a low point each summer and peak in two weeks each year—weeks for Ash Wednesday and Christmas.” These trends must be explored to more fully understand their impact on internet evangelization as well as determining how Catholics gain information about their faith via the internet.

Obviously, Google is the most popular search engines to date and dominates the volume of searches on the internet; thus, this is an appropriate vehicle to research the frequency a term is searched. Obviously, the difficulty with using Google Insight is determining how many of the people searching the term “Catholic” are actually Catholics. Therefore, one must also look into the general behaviors of Catholics online to answer whether or not they heavily use the internet as a primary avenue for growing in knowledge about their faith or simply to find the times for Sunday Mass? To better understand these behaviors one can look to the Pew Internet and American Life Project's study Faith Online. According to the study, only 20% of Catholics seek information online about their own religion compared to Protestants (30%) and Evangelicals (36%). Additionally, Protestants (60%) and Evangelical Protestants (69%) are more likely than Catholics (51%) to “use the internet for personal religious and spiritual purposes.” In the realm of finding religion news online Catholics (32%) are closer to Protestants (35%) but differ greatly from Evangelicals (41%). Therefore, CARA’s observation seems to be correct that Catholics are less likely to use the internet for religious purposes, and possibly only for finding Mass times as seen by the increased searches around Ash Wednesday and Christmas. The Pew study not only looked at how each group uses the internet for religious purposes but also explored each group’s overall internet usage. The study concludes, “Protestants (both overall and the Evangelical subgroup) to be lighter Internet users than Catholics.” Interestingly, Catholics as a group who frequently use the internet are less likely to use this tool for enhancing their understanding of Catholicism.

How can we interpret the fact that Catholics are using the internet but are less likely to use it for religious purposes? In one sense this is problematic in that an effective tool for learning and communicating (the internet) is not adequately being used for evangelization and catechesis. Additionally, substantive internet evangelization efforts may go unused by Catholics because they may not know about them or their local parish web site does not promote these efforts. It seems one consequence of this missed opportunity can be seen through the lens of the 2010 Pew Research Center’s U.S. Religious Knowledge Survey. The study presented members of mainline religious groups and “movements” a survey “about their own faiths and about other religions.” The study concluded, “Atheists and Agnostics (averaging 20.9 correct answers), Mormons (20.3) and Jews (20.5) perform better than other groups on the survey even after controlling for differing levels of education.” One could more plainly see the effect of this missed opportunity for catechesis when the study reports Catholics as a whole performed worse on the survey, answering only 14.7 questions correctly.

CARA concludes its post by posing an interesting question, “Do we need a Catholic YouTube? No. Do we need Catholics on YouTube? Yes.” This seems to be a call for using existing new media arenas for spreading the Gospel, something not foreign to Word on Fire. Thus, the overarching message emanating from these studies is the need for focused efforts for engaging, educating and bringing people to Christ and his Church via the internet. How can Catholics practically engage these new technologies for spreading the truth?

First, there needs to be a refocused effort to enhance Catholic web sites to used them as tools for evangelization and catechesis. Many parish web sites today simply provide information about Mass times and parish events, but do not provide tools for evangelizing their local community and catechizing parishioners. How often do web sites or promotional materials of Catholic institutions lack any information about the tenants of Catholicism or the teachings of Jesus Christ? As CARA points out the utilitarian nature of many Catholic web sites results in a situation where, “Catholics appear to use the Internet in a very utilitarian fashion—either for looking up Mass times or looking for a Catholic charity after a disaster.”


Second, websites and social media venues need to be used to more fully communicate Catholicism’s vibrancy. As the Pew Research Center points out “64% of the nation’s Internet users have done things online that relate to religious or spiritual matters.” Thus, if parishes and Catholic organizations are not present on the internet or if they present an antiquated image of their community, what incentive does one have to engage that community? Positive examples of parishes that have dedicated resources to not only simplify and visually enhance their websites but also to use the sites as tools for evangelization can be found here, here, and here. A refocus and simplification of parish websites not only increases website traffic but can also lead to new inquiries by people looking to join a parish.

Third, not only are many Catholic websites visually unappealing but they often provide out-dated information. I experienced this reality one sub-zero winter morning after pounding on a church trying to get in for what their web site incorrectly communicated was a 8:30am daily Mass. After learning that Mass time was canceled years prior but the website was never updated to reflect the change, I came to realize the breath of this situation facing many Catholics today.

It is clear from these studies Catholics should use these technologies for spreading the Gospel, bringing people to Christ and communicating the vibrancy of Holy Mother Church. Let us pray for the intercession of Blessed John Paul II and follow the challenge in his final Apostolic Letter, The Rapid Development, “Do not be afraid of new technologies - which God has placed at our disposal to discover, to use and to make known the truth.”

Christopher Kerzich is an intern at Word on Fire and a second-year theologian at Mundelein Seminary in Mundelein, Illinois.
Posted by Padre Steve at 1:10 PM