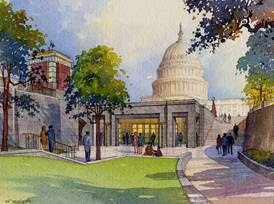 Senator Jim DeMint offered criticism of the new Capitol Visitors Center for its poor reference to our nations roots in faith. The Visitors Center, which has cost the taxpayers $621 million dollars, makes the ambition of men the central motivation for the founding of our nation and downplays the providence of God. None of this is a big surprise in our age of political correctness. God bless the Senator for speaking out!

The new Capitol Visitor Center in Washington, DC has drawn criticism for minimizing references to God and to religious faith but depicting the U.S. Capitol as the sole American-built “temple” and the U.S. Constitution as Americans’ only “common oracle.”

Later on Tuesday, U.S. Senator Jim DeMint (R – S.C.) criticized the CVC design in a press release, charging “it fails to appropriately honor our religious heritage that has been critical to America’s success.”

Noting that the Architect of the Capitol has pledged to include “some references to faith,” DeMint continued:

“More needs to be done. You cannot accurately tell the history of America or its Capitol by ignoring the religious heritage of our Founders and the generations since who relied on their faith for strength and guidance. The millions of visitors that will visit the CVC each year should get a true portrayal of the motivations and inspirations of those who have served in Congress since its establishment.”

The Senator charged that the CVC displays were “left-leaning” and sometimes “distort our true history.”

“Exhibits portray the federal government as the fulfillment of human ambition and the answer to all of society’s problems,” he continued. “This is a clear departure from acknowledging that Americans’ rights ‘are endowed by their Creator’ and stem from ‘a firm reliance on the protection of Divine Providence.’”

“Instead, the CVC’s most prominent display proclaims faith not in God, but in government. Visitors will enter reading a large engraving that states, ‘We have built no temple but the Capitol. We consult no common oracle but the Constitution.’ This is an intentional misrepresentation of our nation’s real history, and an offensive refusal to honor America's God-given blessings.”

“…[I]t would be peculiarly improper to omit in this first official Act, my fervent supplications to that Almighty Being who rules over the Universe, who presides in the Councils of Nations, and whose providential aids can supply every human defect, that his benediction may consecrate to the liberties and happiness of the People of the United States, a Government instituted by themselves for these essential purposes: and may enable every instrument employed in its administration to execute with success, the functions allotted to his charge.” 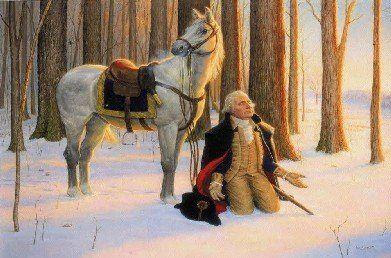 He said the principles of American freedoms stem from “our Founding Fathers’ beliefs in a higher power, beliefs put forth in the Declaration of Independence and manifest throughout our Constitution.”

Ceasing to acknowledge this, he warned, could endanger such freedoms.

“We must not censor historical references to God for the sake of political correctness. And we must truthfully represent the limited form of government the Constitution lays out so that our ‘government of the people, by the people, and for the people, shall not perish from the earth.’ So help us God.”

CNA contacted the Office of the Architect of the Capitol for comment but did not receive a response by publication time.
Posted by Padre Steve at 8:29 AM