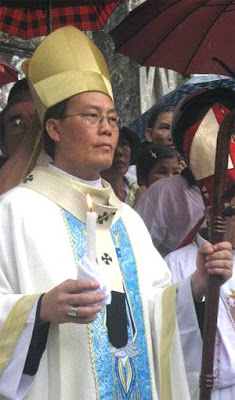 In our age of constantly changing news cycles we don't tend to follow a story more than a few days. Some weeks ago we saw the focus fall upon the conflict between the Catholic Church in Vietnam and their national government. We need to continue to pray for the Church there as things seem to be getting worse for the faithful. Archbishop Ngô Quang Kiệt, the Archbishop of Hanoi, has lately received a great deal of attention as he stands up for the rights of the faithful. Groups of government thugs have even called for his arrest and death! Also, group of nuns are being opposed by the government for instructing orphans in the faith! They are accused of ‘training a generation of unfortunate youth to be an anti-revolution force to oppose the liberation of the country'. You can read more on that story here. Also, I found the following story on the Catholic News Agency:

Vietnam’s Redemptorist provincial superior is resisting calls from a Hanoi government official who is pushing for the Hanoi members of the Redemptorist order to be transferred out of the city. The priests have been critical of the trial of eight Catholic protesters recently found guilty by the city government.

The pressure comes after more than a year of disputes between the Church and the Vietnamese government surrounding property confiscated by the government. The government demand prompted one priest to warn the Church to “prepare for more persecutions.”

Recently, several Catholics who had protested for the return of the confiscated property were convicted of destroying property and disturbing the public order. Despite the protesters receiving suspended sentences, many local Catholics considered the trial to be a sham.

In the wake of the trial, the People’s Committee of Hanoi asked Redemptorist Superior Fr. Vincent Nguyen Trung Thanh to transfer the Redemptorists who supported the Catholics on trials out of the city.

On December 12 Chairman Thao sent a letter to Fr. Vincent Nguyen and Bishop Peter Nguyen Van Nhon, president of the Vietnam Conference of Catholic Bishops. The chairman demanded that the bishops and the provincial superior “educate, and immediately transfer out of the area of the capital” four priests.

The chairman said he considered the transfer to be a “necessary condition to improve state-Church relations,” VietCatholic News reports. Fr. Vincent Nguyen, writing to the committee, defended the religious involved and said they have “not done anything against current Church Canon Law,” Fr. J.B. An Dang told CNA. “I have no rights to transfer my brothers who have done nothing wrong,” he stated. “In this case, they even have carried out greatly their pastoral duties,” he added. “They have devoted themselves to their priesthood. They have stood on the side of the poor and those who have suffered injustice.”

Responding to accusations from committee chairman Nguyen The Thao, the provincial superior said the religious “did not say anything wrong. They simply told the truth.” 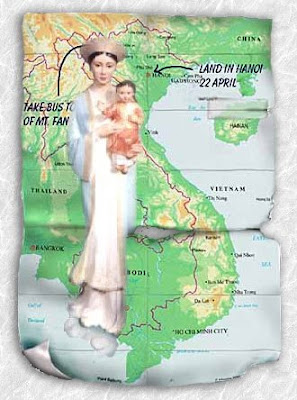 Fr. Vincent Nguyen addressed concerns that the refusal would lead to more tensions in Church-state relations and could provoke more government crackdowns in an interview with Radio Free Asia (RFA). He said he did not believe submitting to government demands could help improve relations. “The Church-state relation depends on many factors. The way the government treats people, its religion policy, the land law... There are a lot,” he said.

The provincial superior called for sincere dialogue and self-restraint from government officials. “The Church needs to prepare for more persecutions,” Hanoi priest Fr. Joseph Nguyen warned, suggesting that a careful reading of Chairman Thao’s letter shows that he did not actually expect the Redemptorists to be transferred. “He expected and truly wanted the Church leaders to say no,” Fr. Joseph Nguyen claimed. “The tone of the letter was so hostile, and so demanding. It also upset readers with the word ‘god’ in small case. It was not in tune with the claimed intention. “What Thao really wants now is a good excuse for administratively coercive measures. Please pray for the Church in Vietnam. As Christmas draws near, we are still at the Golgotha on the Good Friday,” he concluded.

You can read more on this issue and the struggle of the Vietnamese Catholic faithful here.
Posted by Padre Steve at 2:37 PM

It seems to be a world wide event. Every time I read our paper here in Australia It's constant criticism and misunderstandings about the church. It sounds like it is going beyond nasty comments though in Vietnam.